Moyskley, a word that you did not hear in any other context, then it is important to know its meaning. Since this is a word that does not exist, we gave it as meaning the preservation and protection. By , we hear indeed, keep something. In our name, we have attached to the word technology, and that we preach for the preservation of the technology in several possible directions. First, we're against consumer society. We preach the sentence : "Do more with less". By there, we intend to do something big with the minimum performance. We intend to make software that will run on a computer at least 6 years old. We don't encourage people to have the computer of the year. Only a decent one. Another sense we mean by preservation is to spread technology knowledge so that it is not forgotten and it is accessible to more people.

If we rely on the etymology of the word, " Moys " could represent " Moist " and " kley " might represent " clay ". These two words together, we can deduce that we will get the clay object which protects against moist and explain its meaning and protection and backup. However, although this theory is based on the words, it's wrong, in time or the word was invented , the inventor did not know these two words. Another possible source of the word is a malformation of the words "I" and "Key", because originally, it was written " Moyscley ". This theory is also the source of its significance as a key protection of self is as if we were protected by a certain lock. None of these theory are really true , but even its inventor did not know how he thought of the word, then it therefore never be possible to know what he really meant in the beginning. 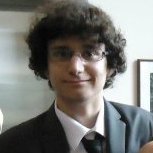 Mr. Jonathan Boisclair is in charge of the ship, from finance to meeting clients.

Mr. Boisclair is born on march 14, 1995. He has a technological childhood, there were multiple computers at home. He started programmation at the age of 6. In 2007, he starts school at École secondaire Des Pionniers in Omni-Science(Computer science); . In 2012, he obtains his highscool diploma and starts a DEC-BAC at Cégep de Trois-Rivières. In May 2017 he obtaines his BAC and started his master in september He as a very special style, like old french where he decided to use "Mr." for mister instead of the new french "M.".

In may 2010, he founds Moyskley Tech. with the goal of affordability for clients. He has this as a line of conduct: "Technology is good for job, but sport is better for personnal time". He also has a goal to offert job to people interested and good in a domain that do not have the diploma.

Since may 2010, Mr. Jonathan Boisclair offers many technological services to the region.